Could it be that the much talked and anticipated (by some) Rapture is just one interpretation of a long predicted energy shift in our universe that brings chaos to our sense of safety?

Certainly the people that were sucked from their cars to the heavens, in Joplin last week, must have wondered if this was the end of the world.

It was the end of their world.

My ten-year-old twin’s sense of safety was rocked ten days ago when, for career week, a neurosurgeon was brought in by their Elementary school to give a presentation. I guess the school was glad to get a surgeon (an honorable career) after a series of career presentations by corporations like Burger King who use these weeks as an opportunity for marketing and recruiting.

I had done my own presentation, on how to be a fashion designer, earlier in the week. The one I did at Lynn University last March. Only for the Elementary students I spend hours removing all traces of sex from my PowerPoint. Kate Moss’ breasts and Marky’s pecks were replaced with more demure image like Claudia Schiffer in a cozy CK cardigan.

The neurosurgeon with (what should have been) a red flag name and title – Dr. Wolf from the Miami Knife Center – was less enlightened to the minds of fifth graders when he put together his PowerPoint.

He surprised them all, teachers and children.

Just imagine: One hundred and thirty ten-year-old boys and girls filing into the auditorium, laughing and joking, happy to be let out of their classroom, sitting together, seeking out friends, and then the theatre goes dark and Dr. Wolf starts his show.

The room goes quiet with the first image. It is a pencil stuck deep into an eye. The next image is a bloody brain spilling from a split skull – motor cycle accident, Dr. Wolf explains. It goes on. Dozens more gory bloody images follow, from gunshots to a toothbrush in an eye socket. (How did that get there Mom?)

Kids feel faint. Kids feel nauseous. Kids leave the auditorium escorted by adults to get air and water. To throw up in trash cans. Some kids cry. Most of them just hide their faces in their friend’s shoulders or behind their hands, make jokes and try to make each other laugh.

One of my daughters sat by herself, without friends to distract her.

When she got into my car, at the end of the day, she burst into tears. That night she would not brush her teeth (did she imagine her unruly toothbrush ending up  inside her skull?). She had bad dreams, threw up in the morning and for the next few day she would not eat, nauseous from the images that still played around her mind.

I had spend ten years carefully protecting her from this kind of stuff and within ten minutes Dr. Wolf had undone all that parenting.

You may think I exaggerate. Some parents certainly did not seem as bothered as I was. But many were equally upset and angry and complained.

A few days later one teacher apologized to her class and said:

“Raise your hands if you have been mentally scarred.”

The point that was neglected, I think, is that schools have to feel safe for kids. They need stability, nurturing even predictability to do well, and Dr. Wolf’s graphic X-rated ambush took with it some of their innocence and trust.

I told the other parents I would write a letter to Dr. Wolf explaining, politely, that his show was not age appropriate for fifth graders. That he should keep it for his med students who had made a career choice.

” The Gamma knife is more accurate, efficient and faster and works on more than just brain tumors”

I thought maybe not….

A few days later, as the emotions Dr. Wolf had stirred up subsided, I found myself downtown Miami. I had lunch with a friend at Little Lotus, shopped for fabric and jewelry supplies and was waiting to cross the street.

When waiting for the pedestrian light to change.

Not feeling safe nor unsafe.

Next I felt a searing pain go through my nose.

A bold skull hit me.

Shit! What the fuck? I thought, and, don’t pass out…

I looked at him. A short man, unshaven, homeless? He’d run into me, carrying a metal cane, a weapon?  and kept running as I stood – reeling.

Was I being mugged?

My bag was still on my shoulder.

My nose hurt. Was it bleeding? I felt the left inside nostril closing up.

I got it at a coffeeshop.

I went to bed.

Two days later, the swelling had disappeared, I was at my desk, working.

I went onto my terrace and saw several police cars and an ambulance entering our gate.

Later that day I found out that a friend and neighbor had died suddenly, in his apartment, leaving behind his lovely young wife and six-year-old son. Iona used to baby-sit for them. His wife is my friend. I have not heard from her and can only imagine what she’s going through. I think of every moment we spent together, like the dinners, time by the pool and at their house in the Keys.

Isn’t that what we do when friends pass? We think of them, bring them closer than ever before so we can let them go…?

I was working at my desk.

And there were sirens. Hundreds of them it seemed. Their noise came towards me as it does, but then they did not fade.

They seemed to stop.

I looked from the window and saw fire engines and ambulances enter.

A helicopter appeared from nowhere and hovered overhead.

It was right over me. A news helicopter.

As I went back inside the girls came running down from their room.

“Mom, mom, there is a house on fire, right here in Aqua, we can see the smoke..”

We ran into the street, onto the quay along Indian Creek, and there at the end of Aqua island, in the water, was a sky high blaze, 30 feet flames lapping the air, black smoke billowing, and popping explosions came from the hull of the yacht.

We walked down slowly as it seemed to be drifting into the tip of our island.

One police boat got close enough to throw a hook and slowly pulled the yacht away from our shore.

For the next forty minutes we watched the dousing of the fire as hoses pointed their spray from the gardens of the mansions on Pine Tree Drive.

We saw it all from our pool and found out  that the family on the boat, a mother, father and two kids had jumped into the water and were picked up by another boat,  leaving their burning vessel to drift down Indian Creek towards our pool area, gas and propane tanks exploding one at a time.

For local news footage of the fire click here

Then, last night, I went to a dinner party.

Alone, since husband is already back in PA.

I had not realized until I walked into Iran’s new apartment how weird and out of it I really felt.

I was completely discombobulated.

And completely unaware how these surreal events had affected me because I’d been with my kids throughout, trying to shield  and keep them safe.

I walked in and wanted to find an adult shoulder to fall and cry on.

This was the glam Miami party crowd.

So fun. So rich. So beautiful.

I was an alien.

I was hardly able to speak. 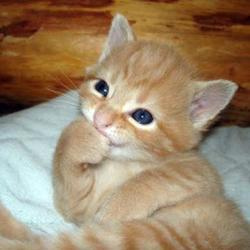