My twin daughters Kiki and Leila are reintroducing me to my birthplace. To them, the country I couldn’t leave fast enough at their exact age is everything they want; the Dutch scale feels manageable, people use bikes instead of cars, the weather isn’t extreme (no hurricanes or bomb cyclones), the architecture is either historic or cool, college is affordable, the older generations seem relatively levelheaded and the boys are cute.

I left the Netherlands because life felt too small, too oppressive and too incestuous. My stepfather had just left my mom for one of her best friends –a woman whose kids I’d been babysitting and whose ex-husband suggested that I  leave Amsterdam to study fashion design in London.

Every adult I knew had been married to someone I knew and was screwing someone else I knew and it felt like most of my peers were somehow related to me. I wanted to  move beyond the sex appeal of a teacher, a neighbor or the lover of my best friend’s mom. I had to see what the rest of the world was doing. I first moved to Paris, then Australia and then London, where I did study fashion and became a fashion designer. After ten years in London I moved to New York and I’ve spent the last nine years in Miami.

Last December, between Christmas and New Year, my mother turned ninety, so we went to Amsterdam for her big birthday bash. There, in the modernist bungalow of my mother’s friend Petra, where I’d spent many hours dreaming about a future beyond the Netherlands while reading her husband’s Playboy magazines, gathered my entire family as well as all my mother’s friends –the free-lovers of the seventies many of whom I hadn’t seen in decades. Iona, Kiki and Leila couldn’t believe that I had real cousins and they had second cousins who were their age — an entire family they didn’t know existed.

In the days that followed, Kiki, Leila and I visited the fashion academies in Antwerp and Arnhem and the design academy in Eindhoven. When we returned to Miami in January, they applied (and were accepted) to Cooper Union, Pratt, Parsons and RISD, but Holland stayed on their mind. In March we returned and Kiki took the Eindhoven Design Academy’s entrance exam and Leila did the Arnhem, ARTEZ Fashion, interview and practical test.

When my daughters were very young we moved full time to our weekend home in Milford (Pennsylvania) because of the nearby Homestead School, an amazing Montessori school run from a family farm on eighty acres that’s powered by solar panels. They took classes in a teepee, a Quonset hut and a geodesic dome, performed plays on a stage in the woods, grew vegetables and made art  in a converted barn. In 2009 we moved to Miami and stayed, mainly because of DASH, the Design and Architecture Senior High School, that has rightly gained a reputation for being the best design school in America.

Early April, Leila heard that she had been accepted by Artez Fashion, the alma mater of Iris van Herpen and Viktor and Rolf. Two weeks later Kiki got news from Eindhoven, the best and hardest to get into design school in Europe, that they would love to have her. What started as an unlikely dream was fast becoming reality, and in the months that followed they got Dutch passports and looked for places to live.  I recently signed leases on two cute student rooms in Arnhem and Eindhoven. It felt like I was tentatively reattaching an umbilical cord of my own.

But isn’t it poetic that Kiki and Leila will continue their design education in the Netherlands? They don’t know the ghosts and ambitions that made me run away. They have their own individual paths and it seems only natural that their instincts complete a circle that is helping me to accept and even love my past, my choices and the place where I was born. 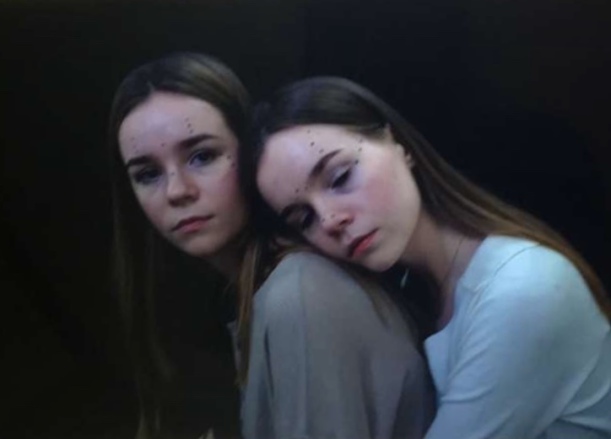