My family never went to church. My grandparents did not go to church. My great grandparents were the last church-going generation. After the 2nd world war my parents’ generation was alienated by religion. My father was one of thousands who’d spent four years in a concentration camp and not many of the lucky survivors ran to church after most of Amsterdam’s Jews had disappeared because of their religion. In post war Holland being an atheist was part of being modern. Still, every Christmas Eve my mother played the same Carl Orff recording of the Christmas story on our gramophone. I knew the story of Jesus, but for my family that tale had little to do with faith, it was more of a cultural thing.

So whenever I went to church, like for weddings, funerals and the occasional religious holiday with a friend, I felt like I was cheating and everybody knew. Then, at age 34, I fell for a minister’s son and his father married us on the beach in Amagansett. I’d managed to avoid the embarrassment of a church wedding, but not the minister. At first I felt like the imposter in the family but eventually I realized that the reverend Gordon paid little attention to my ignorance of all things theological. 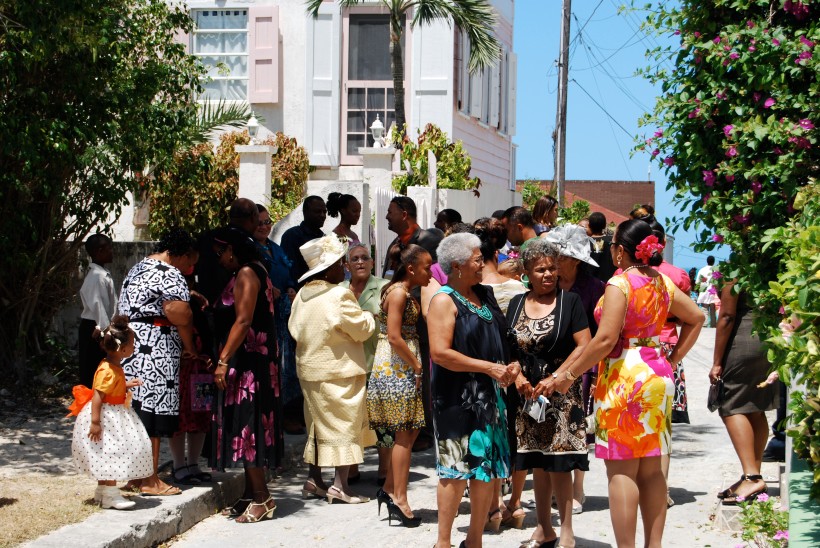 Ever since I’ve been coming to Eleuthera I’ve been fascinated by the many different churches in each settlement and when I hear the congregations singing I sense that I might be missing out on a weekly dose of joy.

Today I overcame my fear of being found out and went, by myself, to the Easter service at the Methodist Church of Tarpum Bay. I spent the first twenty minutes fighting back an overwhelming urge to burst into tears. It wasn’t just that seeing the beauty of families all dressed up in Easter-best made me miss my daughters, I was also deeply touched by the congregation’s sense of dignity and love. The joy of singing together made me feel  like I’d been holding on to something very tightly and if I let go I would fall apart, maybe even have one of those seizure epiphanies, collapsing in the aisle, eyes rolling back into my head – hallelujah – my experience was that powerful. But eventually my Dutch side prevailed, I got used to the ambience and enjoyed two hours of singing along to a giant projection screen with the hymns (so much better than fumbling for the right page in the psalm book), watching children of all ages recite, sing, dance and I was even brave enough to ask permission to take pictures of the ending. 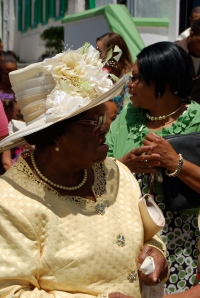 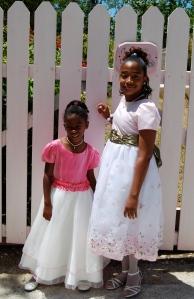 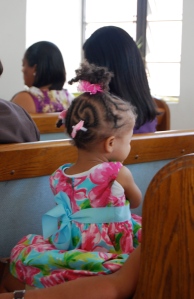 One thought on “HALLELUJAH”