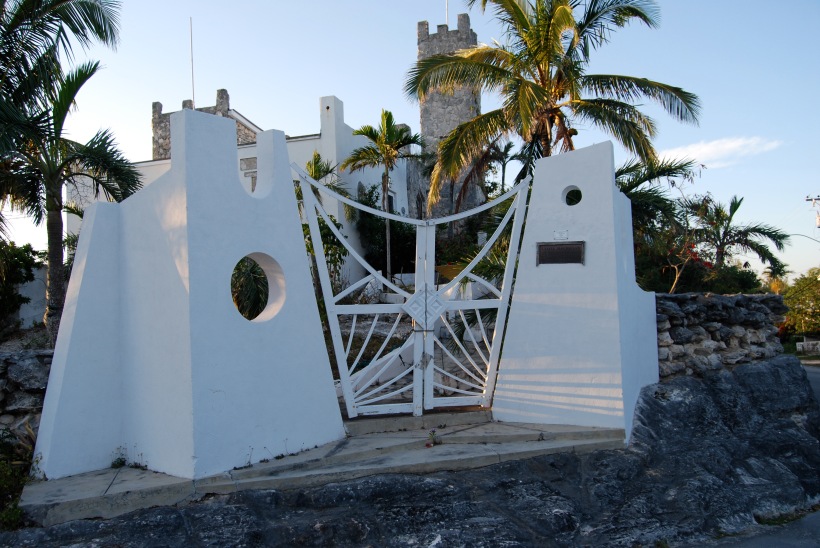 I had a restless sleep in my tower. The myth in the village is of course that Gordon MacMillan Hughes’ spirit still haunts his castle. Never mind that he died in Ireland, about 4000 miles from here, a mere practicality the spirit-world does not recognize. I went to bed with my windows open. I needed to hear and feel my first night in the settlement. As soon as the sun went down and darkness settled the town had become quiet. No more children shouting and laughing. No more passing cars. For a while there was the shrill pumped-up engine of one lone motorbike, a rebellious teenager with a new toy I imagined, going back and forth crisscrossing the small streets until he got bored or hungry or his mother finally pulled him inside. 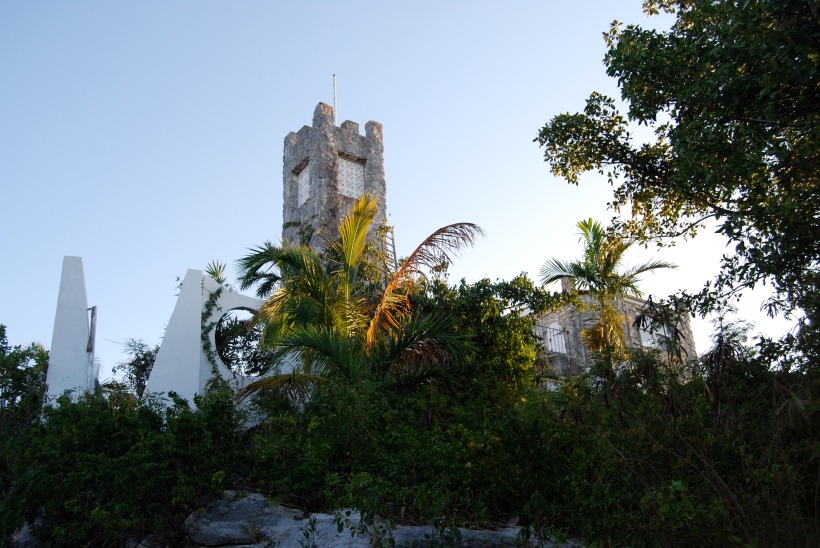 I fell asleep in silence but sudden random noises woke me. First a dog barked, then a woman cried out. I’d drowse off and a lone car passed by or a drunkard sang in the distance. It was too hot, a mosquito had found me, I dreamt that my husband and my teenage daughter were smoking pot together and I shouted is this is what you do as soon as I leave? They laughed at me. Throughout my dreams I wasn’t wearing my contacts so everything was blurry. Only people with very bad eyesight can appreciate this dream, when the powerlessness of our disability becomes full-blown reality. 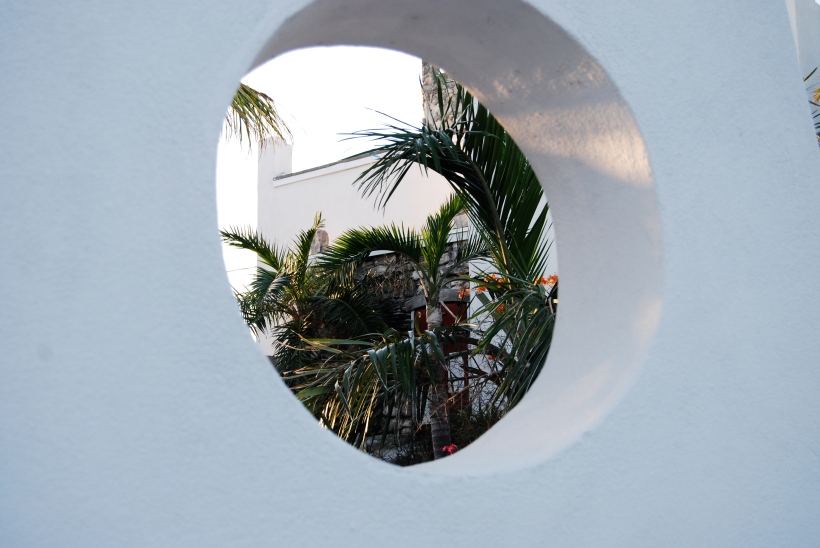 Just before dawn the dogs started their ferocious chorus. In rural towns all over the world stray dogs herald daybreak before the rooster. Maybe they are the ones who wake the roosters who get all the credit for waking us humans.

I got up and closed my windows, turned on the AC, took a Claritin for the mosquito bites and slept till 8am when the sounds of the settlement grinding into action drifted past the humming air conditioner. A group of girls in crisp white shirts with little bow ties that matched their tartan skirts walked by on their way to the elementary school that lies a few hundred yards from the castle. They played loudly in the schoolyard until exactly nine when all went quiet again. Next I heard the teachers starting class, their voices drifting up the hill and from the roof terrace I could see right through their open classroom doors to the bright turquoise water of the Caribbean. 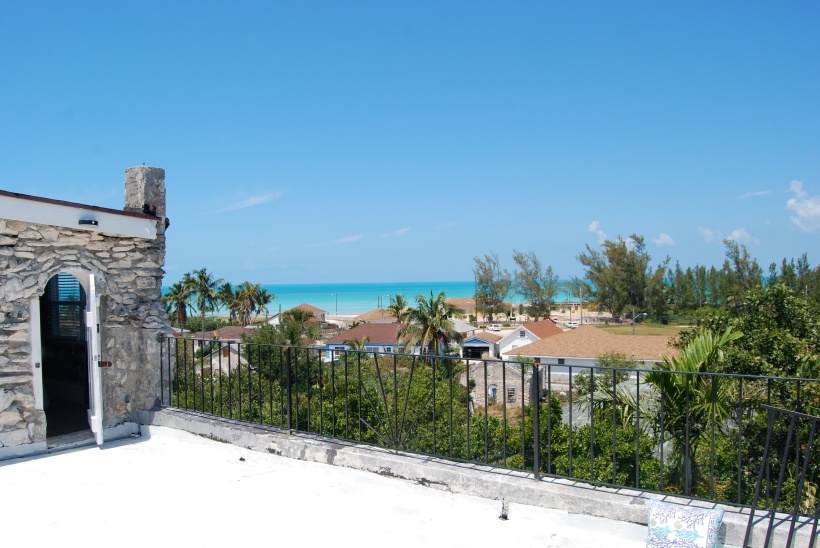 view from the roof, the settlement, the elementary school and the Caribbean

I made my morning cup of PG tips tea and turned on my shower. It sputtered and a grinding noise came from the pipes but nothing happened. I was not surprised. To expect perfect plumbing at a castle would be unreasonable. I called Metta, MacMillan Hughes’ daughter and the castle’s keeper.

“Columbus will come over to check it out,” she said.

He was short, wiry and ageless. His once-white skin had weathered into almost black and was deeply grooved yet his dark brown hair didn’t have a strand of grey. His  legs were short and bandy, and his back was bent but appeared strong under his dirty white tee that advertised the name of a marine supply store. When Columbus and I crossed the roof to my turret chamber (and shower) he lamented the fact that he couldn’t see both oceans from this highest  vantage point in Tarpum Bay.

“Only you would care,” I said and Columbus laughed like we were both in on some cosmic joke. 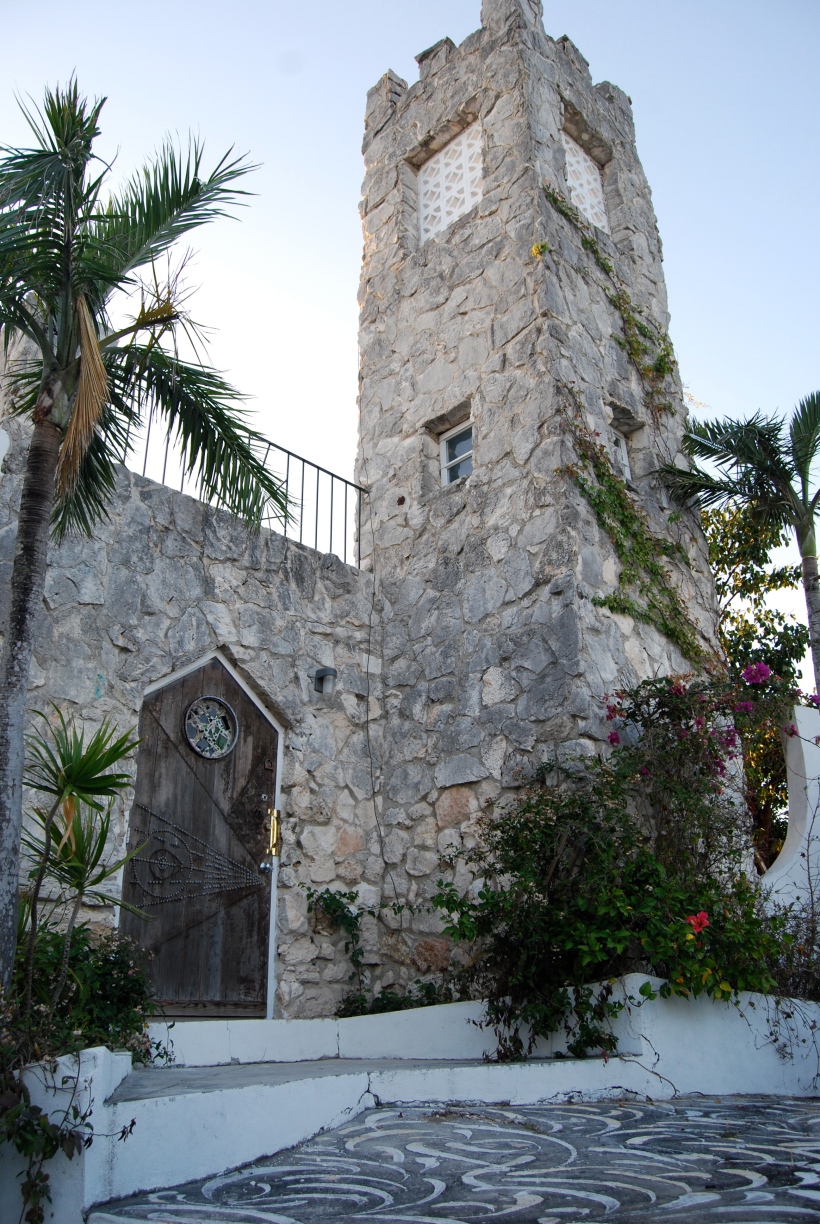 Yes I am here and voila, I am Barbi scissorhands.

I arrived at the MacMillan castle yesterday afternoon for my tenure as the Tarpum Bay artist in residence.

I’ve never been an artist in residence before.

I’ve not been a princess in a turret either.

I’ve been a model and a designer and a wife and a mother but never a damsel in a tower in the Bahamas (beats London). Can I handle it? Alone for the first time in god knows how long (sure I’ve been away from my family but somehow it doesn’t count when I have to show up for breakfast, lunch and dinner with a client.)

I just figured out that if I stand on of one of the towers facing the tiny library on the next corner I can get a good enough signal to upload my pictures and first daily blog…. 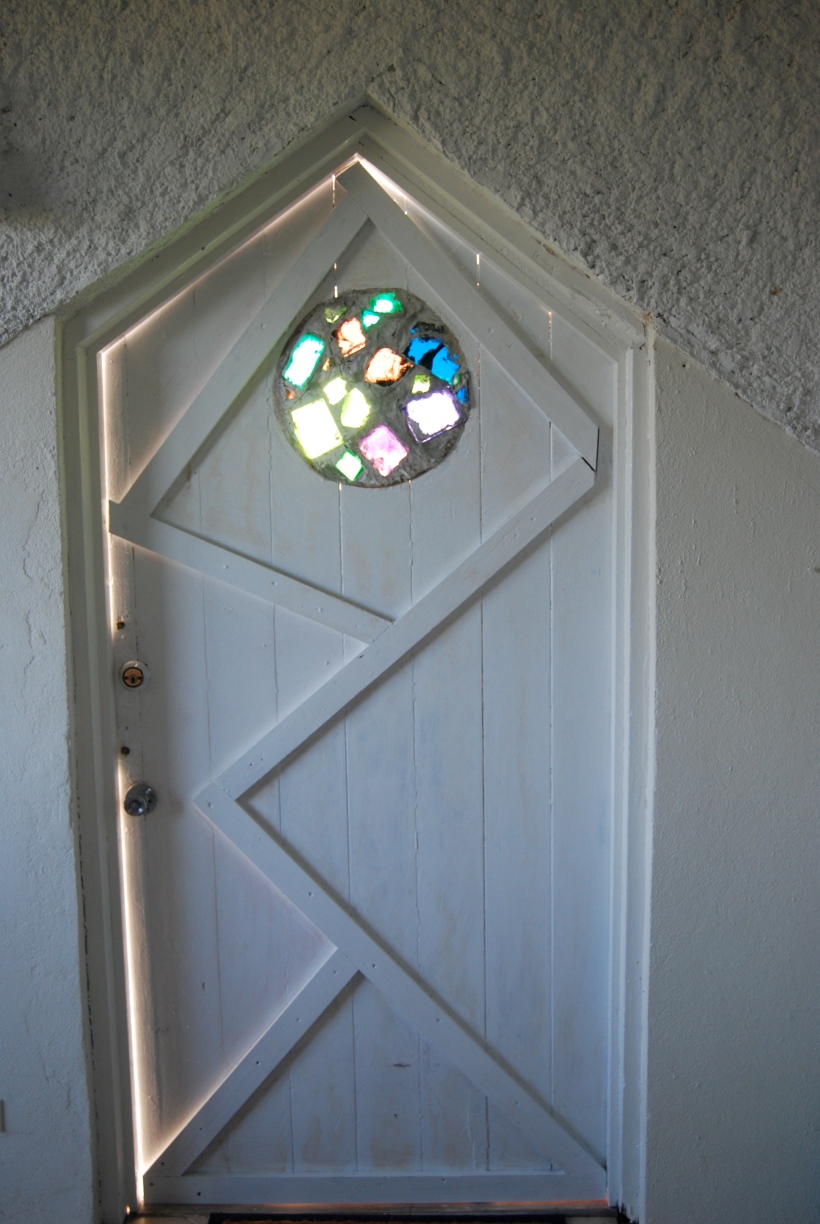 3 thoughts on “Columbus Will Come To Check It Out”