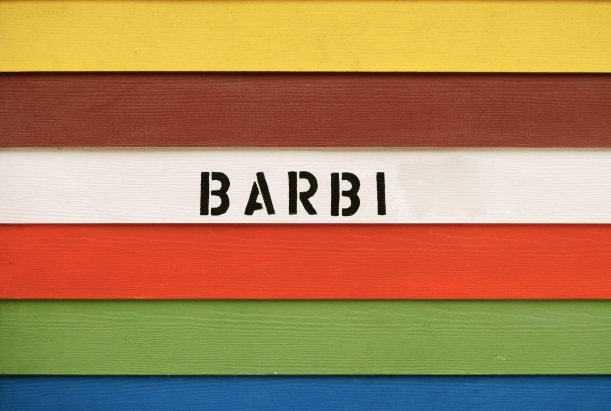 siding of a building in Tarpum Bay, Eleuthera

I am procrastenating ( I need spell check) writing this new blog.

Its been a while and I have  much to tell you.

Like I have been less than fair to those who may have wondered whether I did get picked to be one of the eight speakers at the TEDxMIA talks on September 13th in Miami’s New World Center.

Maybe I did not post this jolly news sooner because I was kinda in denial.

Like getting it was one thing, doing it another.

And when I write now, I have to be serious and write about what I’m gonna talk about. Fifteen minutes is apparently only 1500 – 2000 words and thats not very much. I have a lot to say. I want to be poignant yet funny yet serious yet positive yet convincing.

I think too much about it, get dizzy with info and ambition and then I start  loitering around the internet .

I visit HuffPost to feel manipulated.

Like this trash story about a woman,  Sandy McMillin, who was evicted from Walmart for wearing a string bikini that she had bought there a year earlier (and visibly worn 24/7 ever since).

I have an opinion on the Walmart dress code.  A strong opinion in fact. I’ve had this opinion for a while, like ever since I’ve had the opportunity to shop at Walmart (which opened in Milford circa 2000.)

You see, if  Walmart really had a true customer dress code then I’d be applying for the job of enforcer (or counselor while I evict).

Call me a snob. Call me shallow. But before you do check out the link  to the tattooed/leg-braced/shaven headed  Sandy McMillin, who was spotted shopping for sour cream in the clothing aisle (was she looking for a new top, and decided on sour cream instead?) and her 15 mins of fame interview and  then check out an entire site devoted to the standard Walmart dresscode, link.

Now I dare you to be saintly yourself.

BTW, can someone explain to me why the story of this year’s “celebrity inspired” bikini  trends, where the fashion reporter chirps: “Kate Middleton and Pippa looked white hot and we loved their sporty chic style”  earned prime exposure  spot right under poor Sandy in her once turquoise threadbare bikini top?

Is HuffPost merely cheering me up?

Or is this a novel guerilla tactic to sell the masses a new bikini? Like, “Well, my last year’s bikini is a lot like Sandy’s and I’d rather look like Pippa diving in that white little number so off to the mall I go….? 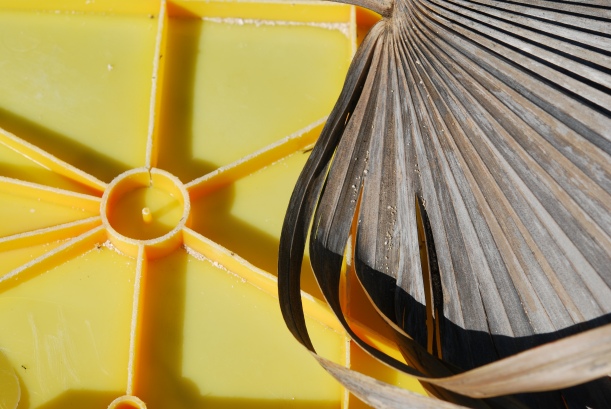 Another reason for not writing sooner was that I went to Eleuthera to teach two workshops. (See ,I’m not such a bad person really, just a Walmart bigot for personality texture).

The first one was at the Tarpum Bay Cultural Center (The Prep) which opened officially with my beach plastic jewelry making event. Twenty-three local kids, teenagers, had signed up and on the first morning we went to Winding Bay  for a beach clean up and to collect plastic that we’d turn into jewelry. I had brought the necessary tools and trimmings, aka findings, like wire and earring hooks and stretchy string.

The inauguration of The Prep in Tarpum Bay

I  displayed my jewelry and showed a slideshow of my work so far for guidance.

It’s hard to describe what happens next, but it feels like a breeze of inspiration enters our space and sweeps everyone along to a level of awareness where creation comes naturally.

After lunch the next day I strung a (recycled) fishing rope between the porch columns and everyone, in turn, dispayed the collection they had created. I made a short film of each workshop and here is the first one:

The next beach plastic workshop was at the Haynes Library in Governor’s Harbour.

This landmark building was first built in 1897 but was ready to be demolished when Michele Johnson, local superwoman, and her friend Ros adopted it about two decades ago and carefully restored the ruined site to its former glory. To me it is the most beautiful library anywhere. It sits on a slip of land with Caribbean sea/beach on either side. Every summer the library runs programs for the local kids and this year I was invited to be part of the recycling program.The video below tells it all.

Since I taught these two workshops I’ve answered questions about where to buy tools, supplies and findings to make more jewelry. Michele, Shaun, Toni and others have brainstormed about opening a retail outlet, or maybe just have stalls that sell beach plastic jewels to the tourists who leave their artificial floating environment, i.e. cruise ships, to sample some “local” culture.

Now that would be poetic justice, since those floating cities are one of the worst polluters of Eleutheran beaches.

Sabrina from Haiti and beach plastic star at the Haynes Library