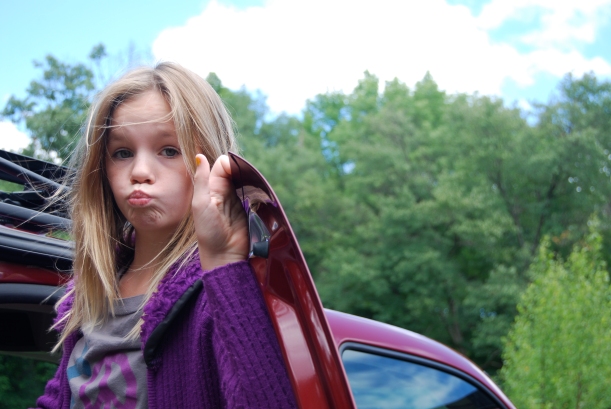 I’m in my situation room dealing with the terrorism of my kid’s boredom.

I have to. The year is almost over.

I know its May and not December

But fuck January. January is  meaningless. The year starts when school starts and the year ends when school ends and then there are two months, say 2011-B, that feel like 12 months, unless you send your kids to camp at 3 x $6,000 = $18,000, (since we are free-lance and  lucky to get paid anything for what we do this is not an option) and are known as Summer.

Summer is supposed to be fun. For kids. And mine know it.

Our Damlander Molen in Bergen, Holland

I used to like summer. When I was a kid. My mother set us loose at our summer place (it happened to be a windmill) and I don’t remember any dull moments. Maybe I was just oblivious to the pressure on my Mom to keep summer fun or else … the weapon that my boredom would be the systematic breakdown of her summer equilibrium…

This year I am in a state of preparedness.

Iona approached 2011-B and what I was going to do about it with the precision of a Navy Seal. She made a list that aimed high with an expensive art camp in Florence at the top. “My friend Andrew is going – so why can’t I?”, to lesser film camps in NYC.  When I proposed a groovy NYC documentary camp I found out, how could I be so dumb, that she doesn’t even like documentaries. But her tactic worked, when I reached the point of being cool with time in NYC  she proposed an internship.

So Iona will be spending six weeks with two of my  best girl-friends. Doing things I could never get her to do for me.

First she’ll do a three week internship in NYC , as the gofer for an event venue that does everything from weddings (she will be working weekends – crushing another potential boredom trap) to photo shoots. Next will be three weeks in our local coffee shop  to make some spending money.

Once these two plans were hatched she wrote another list. Of dates. With one week at either end marked as “Vacation – sleep, read, shop and hang out with friends.”

2. The twins are not pragmatic. They are contrarian.

They say NO to everything. As in:

“No, that is not fun, summer is supposed to be fun, and that (tennis, dance, swimming, horse or photo camp) is BORING.”

The only willingness they show are for day trips that involve me (they don’t get that I have my own definition of boredom) to places like Hershey Park and the Pocono water/family-fun parks. And don’t I know that they love cheerleading? (NO, I did not know!) They insist all they really need is their only and elusive Milford friend who moved away a year ago and may (or not) be there some of the time which forebodes the perfect set-up for waiting, fighting and disappointment. And of course they love their local art teacher. Art with Valerie is the only yes they offer. But I know them – a few hours of art wont keep ennui at bay.

So I succumbed and found a cheerleading camp. Whoopee, but it’s only four days long which leaves 52 days to plan.

And I booked them into every activity the town offers, from a weeklong diving class (a bit kitsch, like cheerleading), to nature photography camp, to tennis every other day throughout July.

I’m not even telling them. But every time the word BORED slips from their lips I will say: