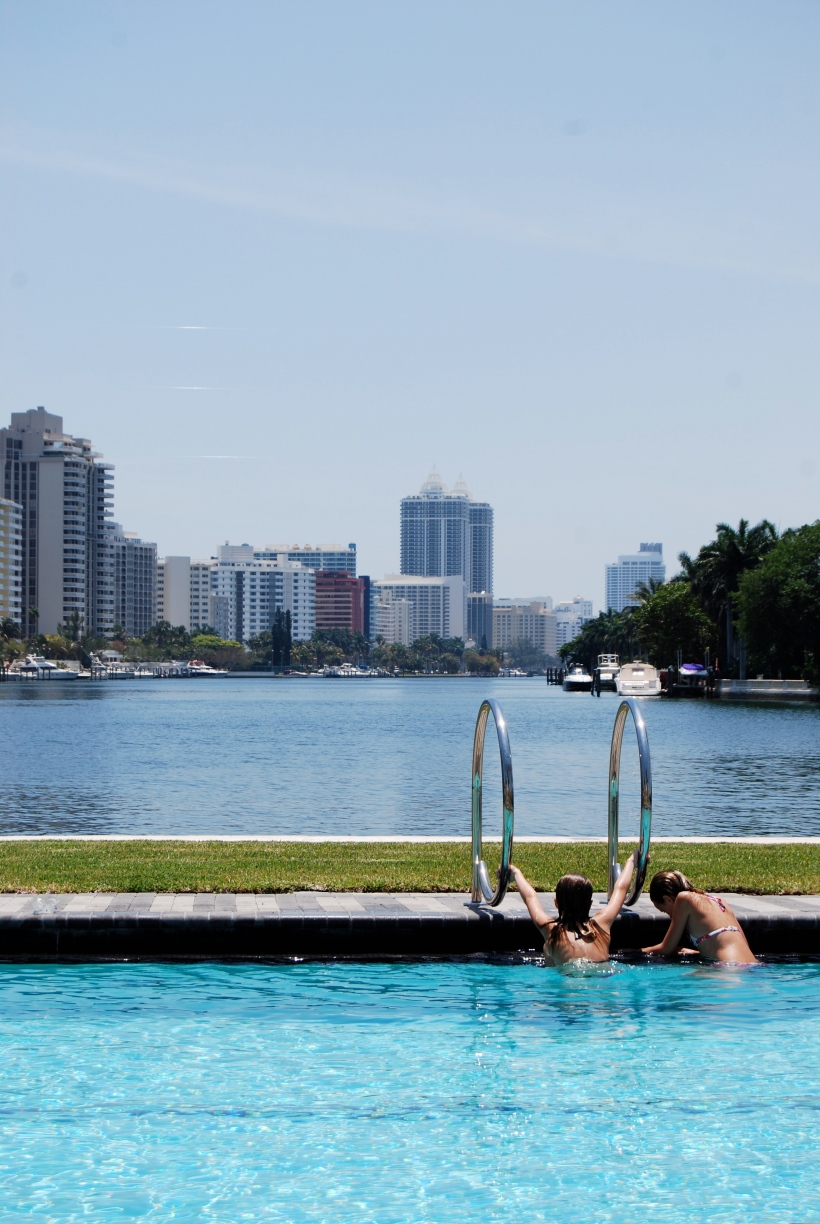 i arrived 2pm on the dot  for my aqua orientation which included a list of everything the staff  will do for me: park, send mail, receive packages, send packages, get babysitters, schedule house cleaning, and what in return i should refrain from doing: make noise, invite more than ten cars over to my house, leave crap out on the balcony, replace the required white curtains with say indian saris, take anything other than my aqua towel to the pool, do not swim in the north pool since the tiles from the mural are falling off the wall and may hit swimmers on the head. There are only a handful of tiles left, that was some shitty glue they used, and I asked if the pool would reopen as soon as the last tile had fallen. we look forward to hearing the final one drop. Meanwhile the south pool, is the prettiest pool in miami beach, and  within walking distance. after  scheduling a full lock change, cause you never know, we were allowed to enter our crib. our crib of cribs. DJ Tiesto’s uber crib, which feels like we are now part of a reality tv show.  iona loves it. alastair and i pinch ourselves and each other. can two calvinists ever adapt to this indulgent yet modern extravagance? or will we be punished by the gods of humility, the arbiters of moderation? Our house is owned by a dutch mega DJ named tiesto who spent all of seven nights here, and was called a : candyland bachelor pad” by the miami design magazine that lies prominently, marked with a yellow post-it, on the Italian coffee table.  A trendy decorator filled the house with Moss furniture ; Ron Arad, Edra, Boontje and the likes. Our first family dinner reminded me of the haunted dinner party in beetlejuice, we sat in egg shaped chairs and ate with forks which resembled dental equipment, tiny and heavy and sharp off plates the size of  saucers. we even have an elevator! Its a minute mind-altering box with large china flowers growing from the walls  and astro turf on the floor which makes a ride to the fourth floor like a stroll in the woods. kinda.

toto, we’re not in milford anymore… 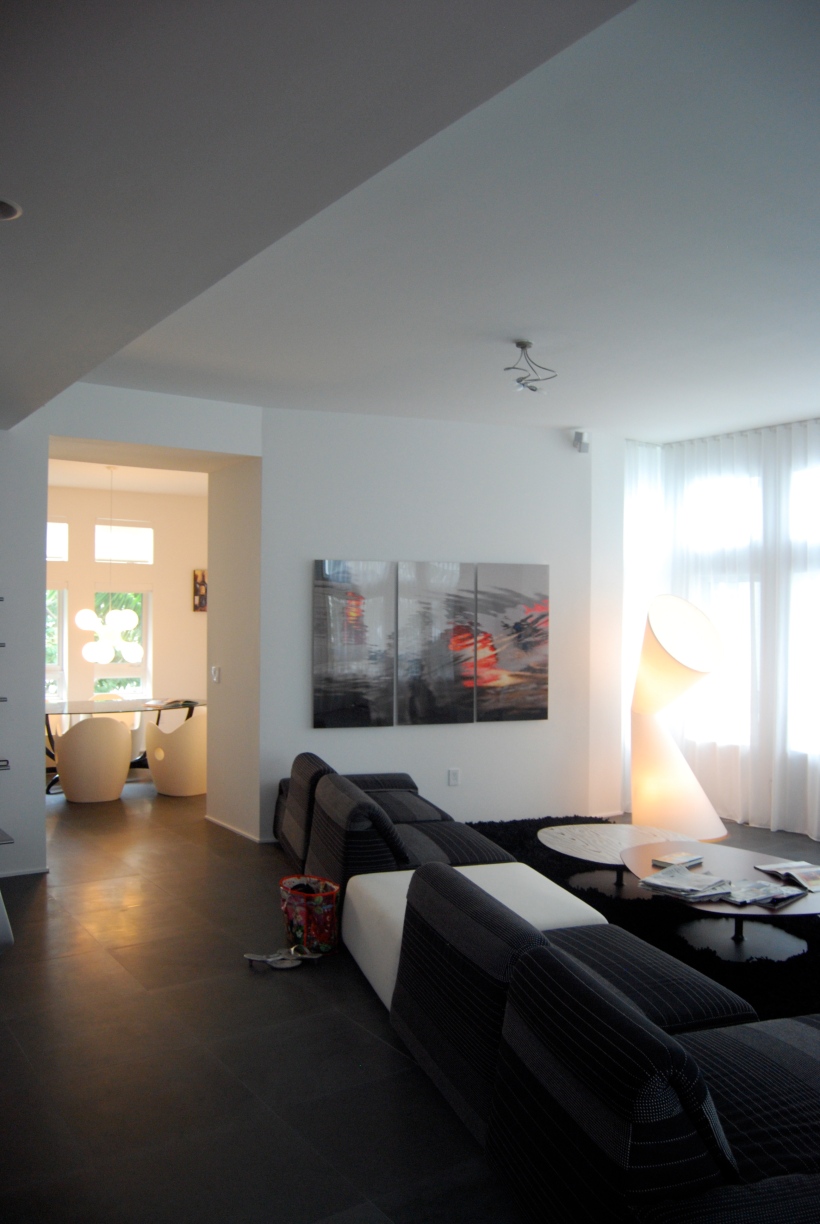